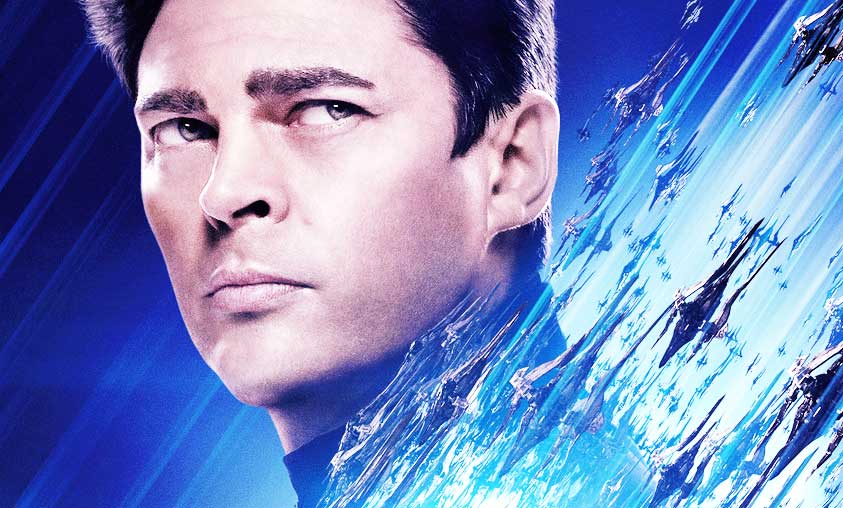 Bones has an extensive medical knowledge built up of years of intensive study and expertise; he can fix just about any condition he’s familiar with, and he accumulates additional data on that which he doesn’t know, so as to expand his knowledge base. This makes him an effective part of Kirk’s team, since he’s innovative within his area of medical expertise (and able to adapt, such as seeing how resurrecting a creature can save Jim’s life). He takes a practical, hands-on approach to most problems, and is good at interacting with his sensory environment when he needs to – although risk isn’t one of his greatest pleasures (“This was your idea, Spock”!). But his inferior Ne works over-time in threatening situations. Bones doesn’t like the unfamiliar. He wants reasonable working conditions, enjoys knowing what they’re in for on missions, and is happiest when he’s in a familiar environment, doing the job he was trained to do. Anything new is fraught with perils. Under stress, Bones thinks of the dozens of ways they could die, going on five-year missions into the unknown. Black Holes. Vortexes of doom. Undiscovered viruses to wipe out humanity. Exploding eyeballs. You could be sucked into the void of space and crushed. The very idea fills him with dread, not excitement.

In Beyond, Spock asks him if anyone ever bothered to teach him “bedside manner” at medical school. Bones has a tendency to get straight to the point. He’s often blunt. He trusts his instruments and his medical training, though he does complain about them from time to time (“These instruments are from the dark ages”!), showing a tendency to prefer updated systems that work better, over antiquated ones. He can put aside personal sentiment to do what he must, to save people’s lives (he improvises to create a way to burn Spock’s wound shut, then tries to distract him in order to do it, to “make it hurt less”). His feelings are never shared with others, but do run beneath the surface – he doesn’t like Spock, and also doesn’t bother to hide it. He also doesn’t want to “talk” about their “increasing respect” for each other. If Bones feels something is right, he’ll do it, regardless of how others may react. Kirk is a hero, damn it, his birthday needs celebrated!

Like many stressed-out, unhealthy 6s, Bones is a walking anxiety attack – his introduction to Kirk is telling him a list of things that could go wrong in space… at length. Showing the 6’s tendency to plan for all the worst-case scenarios and come up with them in the first place! He’s cautious and pessimistic, but also has a sense of humor, is hard-working, able to keep his cool head in a crisis, and logical in how he tackles problems. He never advocates for recklessness, and tends to be serious and focused. His 5 wing is not adventurous, and looks inward for answers, choosing to meet fear with medical knowledge. Under stress, he moves into 3 methods of taking direct action and quick-thinking.