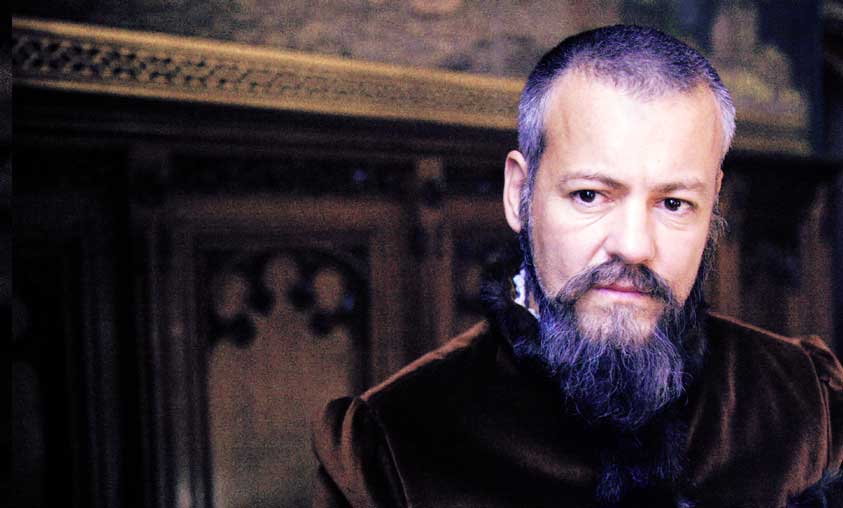 Lord Stanley marries Margaret Beaufort to form an alliance; he has no interest in sharing her bed, or in producing more children (“since I already have heirs”). He is an able commander, with large forces at his call, but always chooses to make tactical rather than emotional decisions; he refuses to get involved in the war until he can determine which side the outcome might favor, so that he can be on it (and ensure future success in the process). He repeatedly reminds Margaret of the potential pitfalls that may prevent her son from obtaining the throne – he reminds her that Henry has to walk over “many corpses” to seize power. He presses her to make a decision regarding whether or not to kill or liberate the lost princes in the tower, and seems surprised at her ruthless decision (“Kill them”). His emotions don’t interfere with his decisions, and rarely come up at all; he has no interest in marrying for love or even affection. His highest priority is his survival and that of the people he cares about most.

He has a skeptical attitude toward Margaret’s inclination to believe in her premonitions, and instead focuses his attention on the details and intricacies of court life. Stanley lays out, one by one, the challenges she faces (the king must die, the princes must die, Richard must die… how do you intend to accomplish all of this, Margaret?). He is skeptical of her ‘vision’ of the future until he can see which way the battle leans, and then commits himself to Tudor. He knows how the system works and easily plays it, using his comprehensive knowledge to form and strengthen alliances, as well as ensure that his future is secure. He has a traditional view of marriage. Stanley plays both sides in the war; he ensures that someone is always on every side, so that the family will come out secure no matter who wins the skirmish. He is a notorious turncoat in that regard, shifting alliances easily whenever fortune favors them. He doesn’t predict outcomes, but plans for all possible contingencies. He outright refuses to support Henry Tudor’s invading army, because he isn’t convinced he will win.

A cautious and thoughtful man, Stanley refuses to make any decision without having thoroughly thought about the potential consequences; he has a pathological lack of commitment, which Margaret finds frustrating – because he refuses to throw his sigil in with Tudor until he sees that Richard is losing the battle. When marries her, he has zero interest in consummating the marriage (“I won’t go back on our deal, Margaret; I already have sons” – showing his disinterest in physical pleasures). He seems obsessed with challenging her logic and grounding it in something real. He is skeptical, negative, but also at times, detached – such as when he ruins one of her plans by betraying her to Richard, to ensure he remains “trusted” by Richard. His 6 wing is loyal to his family, skeptical, and seeks certainty.