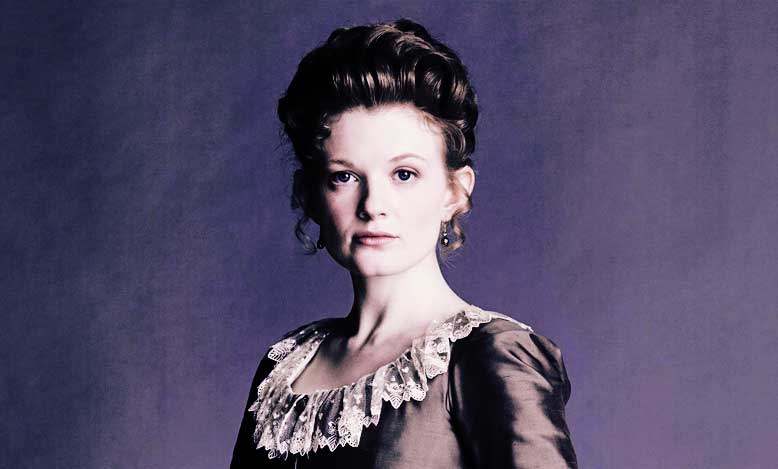 Mary views the present through the lens of the past; Abraham’s former romantic interest in Anna hints to her that they have rekindled their affair, and makes her suspicious. She has strong ties to the community, and an unwavering sense of duty – she is angered when Abe does not live up to the cultural expectations of how a father and husband should be, so much so that she actively desires to leave the family home and move in with her “more sensible” father in law. Mary is quite amenable to being the ideal wife and homemaker, and content to do those daily things that it requires. She is meticulous in her thinking, always focused on the details, and more methodical in her problem-solving than Abe (he tends to react in the moment; Mary thinks strategically). Though her suspicions are semi-correct in believing her husband is having an affair, Mary has no idea that he is involved in a spy ring, and once she discovers this, she becomes fearful of the consequences.

She is a surprisingly detached and pragmatic thinker; after a man is accidentally killed in their home, to cover up her husband’s involvement in the spy ring and the murder, Mary coolly plots out what they must do – including burning down the house, sacrificing all her personal items along with it. (To keep nothing allows their story to seem real.) When Hewlett learns the truth about her husband being a spy, to give Abe a chance to escape, she offers herself up as a hostage, giving him time to decide what to do. Mary shoots down her husband’s inferior Te over-reaction in suggesting they murder the courier rather than Hewlett, since she believes they can control Hewlett. She can be frank, particularly when upset. On occasion, Mary’s deep unhappiness over her failed marriage and her husband’s apparent love for Anna manifests in cutting words, or attempting to bait Abe into action (including angering him enough to entice him to passionate lovemaking). Mary is not easily offended, but her strong devotion to her family and husband show that once she has made up her mind, little shakes her from her duties.

Much like her husband, Mary is driven through a sense of principle and duty, but she isn’t governed by her emotional impulses – she doesn’t approve of his affair and tries to find ways to shame him and Anna into ceasing it. She disapproves of his involvement in the war effort, and at first tries to dissuade him, but then becomes proactive in helping him keep their family safe and scheme to spy against Hewlett. She will argue morality, attempting to change his father’s mind, into supporting Abe rather than tearing him down or turning him in for treason. Mary’s 2 wing is willing to forgive his mistakes. She can look past her ideals (1) to accept him for who he is, and forgive him. She finds ways to appeal to him through being helpful and generous with her heart.